Path of Exile is a free-to-play MMORPG on Steam. It has been out for nearly five years, and in that time, it has mostly gone under players’ radar. However, a recent update to the game – Betrayal – has pushed the Path of Exile player count to the highest it has ever been.

The game now boasts an impressive 117,000 concurrent players, which is about twenty percent higher than the number has ever been. While these are not the millions of concurrent players thatPUBG or Fortnite can claim, it is still very good for a hack-and-slash RPG few have heard of. 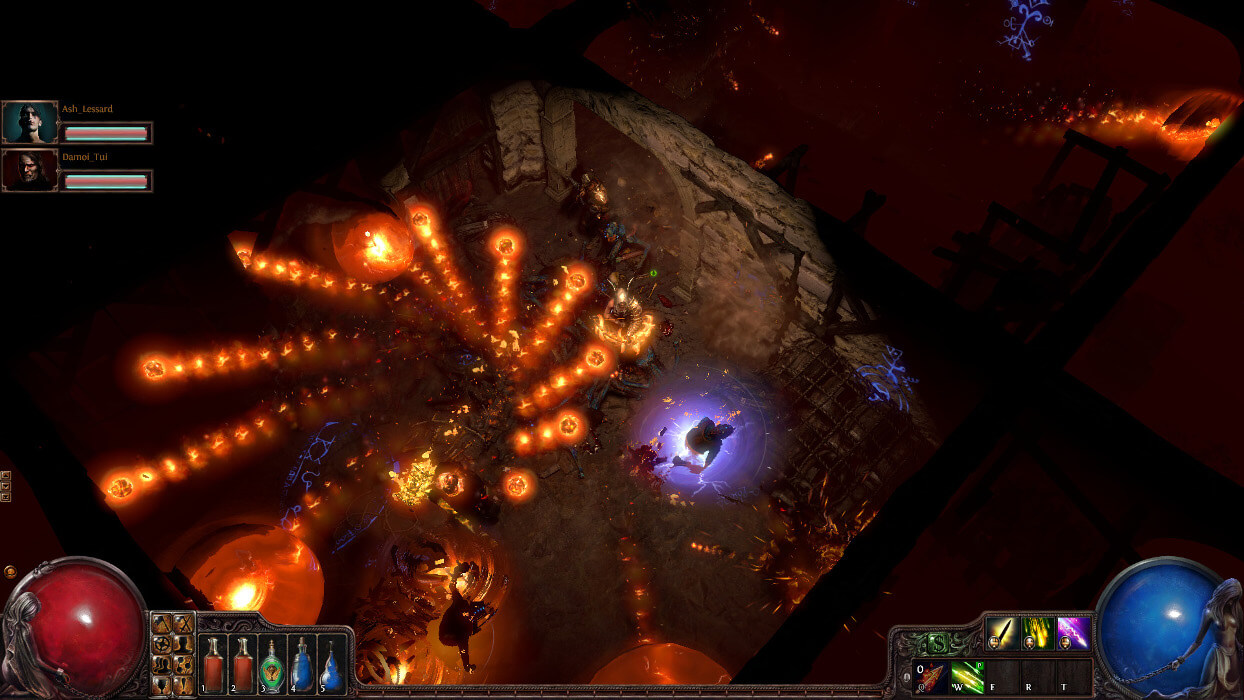 Path of Exile’s developer, Grinding Gear Games, has never had huge commercial success. The small New Zealand studio has really only made a few games. Previous titles consisted of things like Bear vs Hunter, but Path of Exile’s success has pushed them into a different arena, even leading to their purchase by Tencent in May of this year.

The game has built a small and relatively loyal and happy following. Path of Exile currently has over seventy-thousand reviews and still holds a score of Very Positive, which is more than most games can claim.

Most, if not all, of Path of Exile’s recent success, is due to Betrayal, a massive update that has been a long time coming. The update changes factions, missions, maps, skills, hideouts, and masters. In addition to reworking or fixing older mechanics, the game also introduced a long and sprawling quest involving the Immortal Syndicate.

Players will have to quest throughout the world to find the organization’s four branches using detective work and interrogation. Players even have options to kill or persuade members of the organization to switch sides.

For a free MMORPG, Betrayal adds a huge boost to playability and variety, and a detective-esque quest that gives players multiple choices and outcomes is as innovative as it comes for the genre.

Want some items in Path of Exile with the cheapest prices and fastest delivery, top-secured purchase experience as well? Click POE Currency or POE Items for more information and further consultation!

Tags:
next : MapleStory 2 Guide: How To Apply The Housing System And Build Something On Your Own
Previous : MapleStory 2 Guide: How To Alter The In-Game Settings
Recommended article
Rocket League Season 7 Champion Details: Competitive Teams, Schedule, Round Robin And Prize Pool
What Is New In The Elder Scrolls Online From E3 2019 Eldorado
The Next Plan About Elder Scrolls Online Is Discussed After "Elsweyr" By Lambert
Star Wars: The Old Republic Brings New Fantastic Changes Mainly Aimed To Free-To-Play And Preferred Players
Renault Vitality Defeat G2 To Win Rocket League Season 7 Championship With The Newest Record For Nearly 27 Minutes Wave
The Elder Scrolls Online: Elsweyr Review