Every release, we choose some specific game balance issues and gameplay limitations to address and adjust. The patch notes tomorrow will provide the comprehensive list of changes but today we'd like to cover some specific changes and the reasons for them. 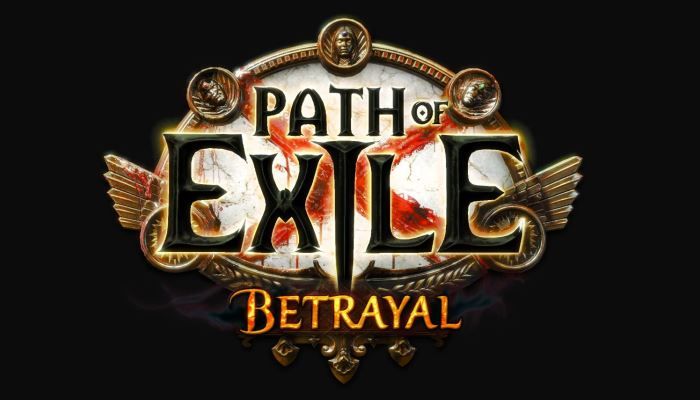 The use of "stat sticks" has been a feature of Path of Exile for a very long time.

A stat stick is an off-hand weapon that is not valid to use with a skill you are using when dual wielding. You get all the benefits of the stats on the weapon, while not having any limitations it might have affected the use of the skill. You can use a weapon that has the attack speed and/or damage you want for the skill, while the off-hand weapon provides excellent stats without its speed or base damage limiting you.

This use started off as an interesting gameplay element to use as part of a build, but over many releases, as more powerful modifiers on unique and rare weapons have been added, the power of stat sticks cannot be ignored when planning builds and is stifling other choices including genuine dual-wielding.

In 3.5.0 we are removing the ability to use stat sticks, through the following changes:

We found that with this change it was important to make skill binds specifically to your weapon set. You can now have an entirely different set of skills bound to your main set of weapons and your second set of weapons. 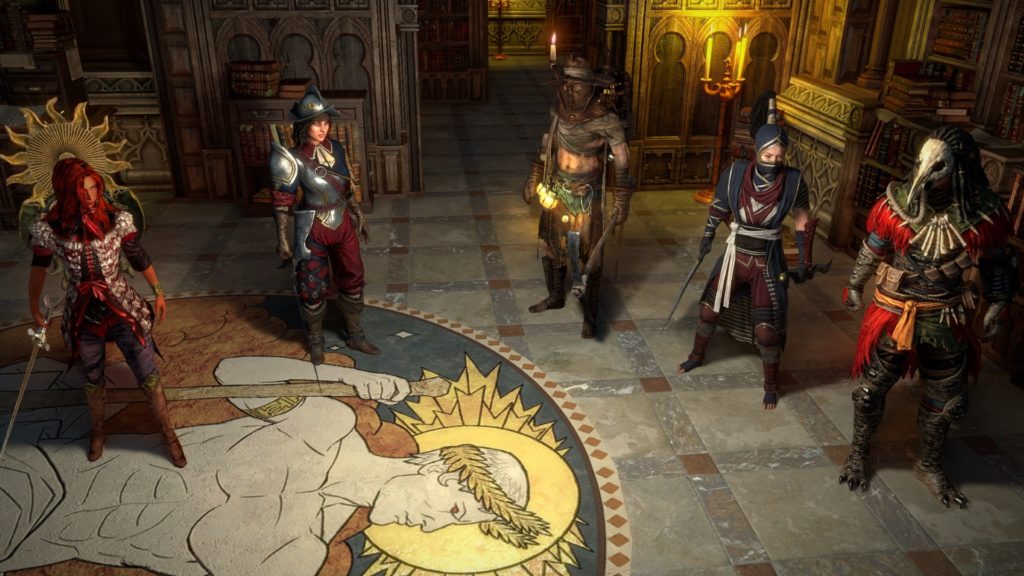 Energy Shield Recharge is no longer interrupted by non-damage changes to your Life or Energy Shield.

(For context, we announced last week that Eldritch Battery now causes you to have 50% less Energy Shield Recharge Rate.)

Initially, this change was explored as a way to make it easier for casters to use Eldritch Battery to solve many issues. One major issue standing in the way Eldritch Battery being effective is that it doesn't work very well on its own, needing something like Zealot's Oath to go along with it.

While there were concerns that this might introduce issues with other builds when tested it was a justified change and was beneficial for a variety of cases.

As a further support for Eldritch Battery and Energy-Shield-based builds in general, more flat Energy shield has been added on the tree. 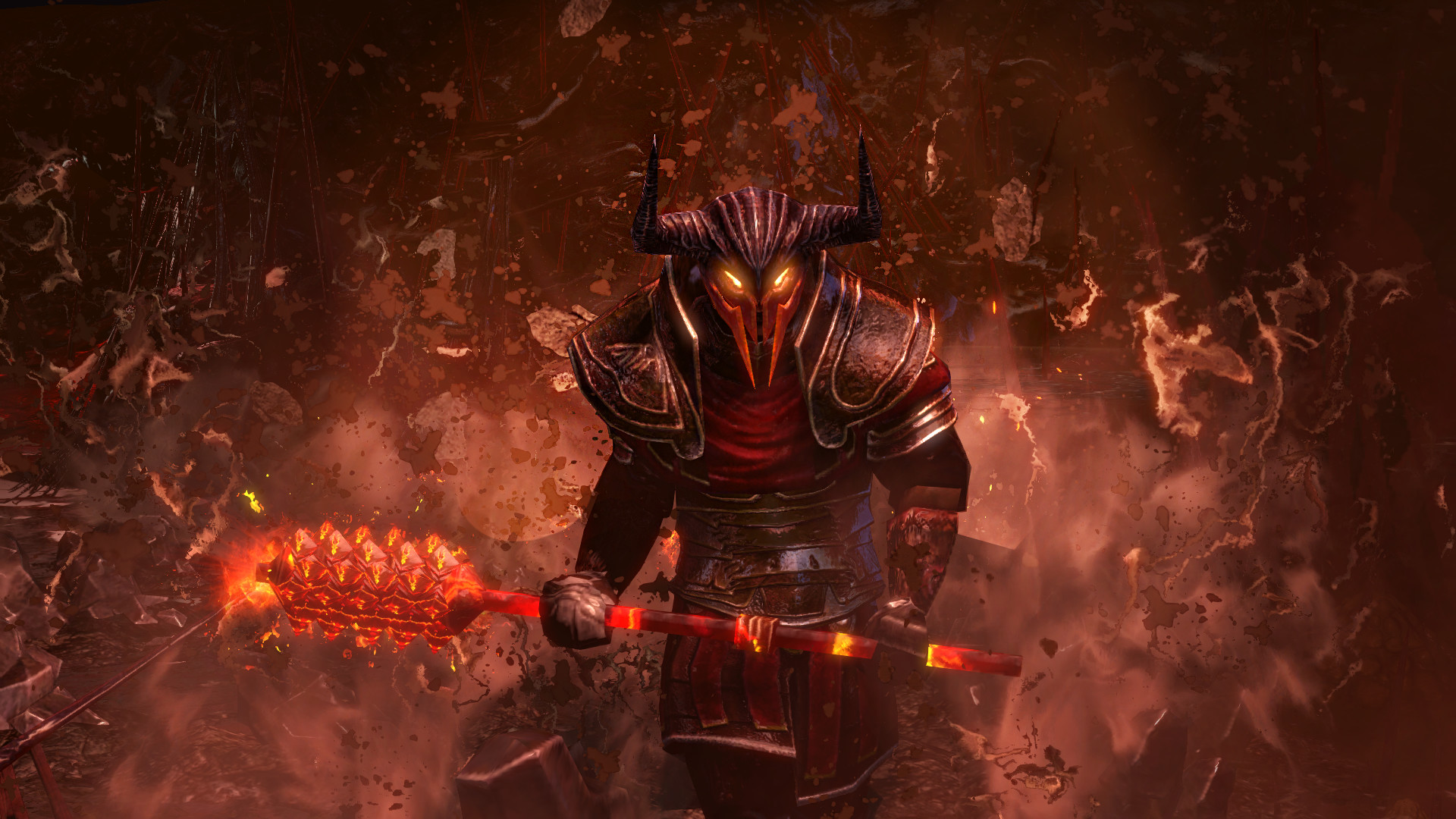 The total amount that you can slow the expiration of an effect on a character through a time-slowing mechanism (such as Temporal Chains) is now capped at 75% from all sources.

The patch-notes tomorrow will cover a large number of unique item rebalances. Some of these are simple numerical changes, while others are closer to redesigns.

The following principles were applied in looking at rebalancing unique items:

While many unique items were adjusted, this is an ongoing process, and some items that may have deserved a change by the above principles might not yet be addressed.

One of the approaches we use in patches in developing skills and making changes around some specific play styles. This is centred around the concept of having some build archetypes. We make a specific build, and add features and balance changes around that build. While some players are expected to end up in the archetype, we also want the tools to be useful in existing builds, and to allow and change other builds that share elements with it.

The three archetypes for 3.5.0 were a cold-based DOT spell caster, a Hierophant-based caster based on a new skill type (Brands), and the Champion based melee character based on new Axe and Sword "Steel" skills with a new effect Impale, supported by a new skill type, Banners.

The cold-based caster has led to the new skill Winter Orb, rework of Arctic Breath and Ice Spear and adjustments to Ice Nova and Vortex. This caster archetype has led to a number of changes on items, the passive tree, and the Occultist tree in particular. Added Cold Damage Over Time Multiplier and non-ailment Chaos Damage Over Time Multiplier is on new item modifiers, on the passive tree and on the Occultist. The values on various cold and chaos nodes were modified.

As well as the new Brand skills, the archetype based on them has led to changes on the Hierophant, and also had a knock-on effect for totems. A number of totem nodes now also offer benefits for Brands. The Hierophant node Ritual of Awakening no longer grants +1 to the maximum number of Summoned Totems. Instead, it now causes skills that would Summon a Totem to summon two Totems instead, and grants 3% more Damage per Totem.

Additional totems are now available from other sources, and players will have a number of options for totem-build, as well as being able to explore the new Brand skills.

The Champion now has a strong Impale based way to play and has had changes to support it. Tectonic Slam has been adjusted for it, while Shattering Steel, Lancing Steel, War Banner and Dread Banner have been added as new skills.

In the last few days, the community has been very keen for news for casters who don't rely on totems or triggers, which is often referred to as self-casting.

Self-casting has not been a specific focus of the set of balance changes for 3.5.0, and we don't want to try rush in further big changes without extensive testing.

Betrayal does include some changes for various things associated with self-casting. We have designed the new cold skills to be aimed at self-casters, for example.

We are sure you'll find interesting builds and choices of many kinds in Betrayal. There are already some balance changes planned and underway for 3.6.0. We expect to keep a good eye on gameplay during Betrayal to see how our plans need adjustment, and to develop a picture of the balance roadmap for next year.

Want some items in Fortnite with the cheapest prices and fastest delivery, top-secured purchase experience as well? Click POE Currency or POE Items for more information and further consultation!

Tags:
next : MapleStory 2 Guide: How To Farm All Kinds Of Currencies In MapleStory 2 Easily
Previous : MapleStory 2 Guide: How To Make It Through And Reach To Higher Rounds In Dark Descent Dungeon
Recommended article
Rocket League Season 7 Champion Details: Competitive Teams, Schedule, Round Robin And Prize Pool
What Is New In The Elder Scrolls Online From E3 2019 Eldorado
The Next Plan About Elder Scrolls Online Is Discussed After "Elsweyr" By Lambert
Star Wars: The Old Republic Brings New Fantastic Changes Mainly Aimed To Free-To-Play And Preferred Players
Renault Vitality Defeat G2 To Win Rocket League Season 7 Championship With The Newest Record For Nearly 27 Minutes Wave
The Elder Scrolls Online: Elsweyr Review