FORTNITE EVENT - UPDATE FOUR: The Fortnite cube event has just taken place in Battle Royale - and it was pretty spectacular.

Fortnite players gathered around Kevin the cube to see if the beloved purple object would meet its untimely end.

The Fortnite cube did end up getting destroyed in the event - cracking and then emitting a huge bright, white light that filled a player’s screen.

Fortnite players were then transported to mysterious, other dimensions where there was a rift in the sky that transformed into a butterfly.

The camera then panned to a cutscene where the player's character touched the butterfly and was then transported back to the Battle Royale map.

There they dived back towards Leaky Lake, with Kevin the cube no longer there - replaced with a brand new location on the Fortnite map.

Check out pictures of the Fortnite event in this article, courtesy of a stream by Twitch user PrestonFromTwitch. 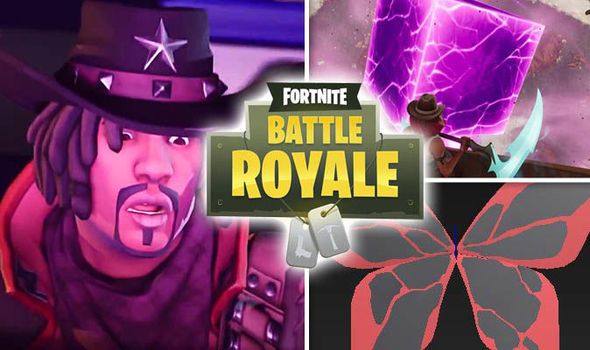 You can head to his channel by clicking here.

So what does it all mean? All will this otherworldly dimension play a part in Fortnite season 7?

Fortnite fans will have to wait to find out but it’s surely set to generate plenty of speculation and fan theories.

FORTNITE EVENT - UPDATE THREE: The Fortnitemares Finale is drawing near with something big about to happen to the Fortnite cube.

When players log into Battle Royale they’re being greeted with the message that the Fortnite cube is “unstable” ahead of the major live event starting.

The Fortnite Twitter has also warned players to log in early and be in a match before the start time to witness the one-time live event.

It’s expected that the Fortnite cube will be destroyed in the event, with Kevin making way for a ‘Butterfly’ and a brand new map point of interest.

If for whatever reason, you’re unable to watch the event then you can head to Twitch and tune into a live stream. Click here to watch a stream of the Fortnite cube event.

The Fortnite event will kick off at 1 pm eastern time today, which is 6 pm GMT for Battle Royale fans in the UK.

After the Fortnite cube started cracking and dropping fragments into Leaky Lake it has now started pulsating.

The Fortnite cube has also appeared to shed a layer on the outside to reveal a more raw looking form of Kevin, according to the @FortniteBR Twitter.

As fans gear up for the upcoming Fortnite live event, believed to be called the Fortnitemares Finale, Battle Royale players have been dealt some good news.

Epic Games has already announced that the Fortnite in-game live event can only be watched in a match - not in the Playground mode.

It was feared this could lead to opportunistic players attacking others while a ceasefire was being held to watch the event.

But according to leaker @Siloxleaks, in-game files for Fortnitemares suggests weapons may be disabled for the upcoming Fortnite event.

They tweeted: “So, Deimos (Fortnitemares) may have inputs disabled such as weapons, so it may not be possible to kill other players during the event!”

The Fortnite live event kicks off at 1 pm eastern time today, which is 6 pm GMT in the UK. 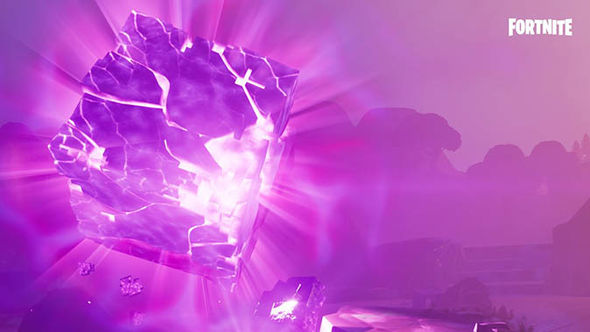 FORTNITE EVENT - UPDATE ONE: The build-up to the Fortnitemares Finale has started with strange goings-on occurring in Battle Royale.

Activity has started around the Fortnite cube which is cracked and looks to be on the verge of exploding any moment now.

The Fortnite cube has started dropping fragments of 'Kevin' into Leaky Lake, and these aren't small pieces either.

Fortnite data miner Silox has also found files that seems to suggest what will happen during the Fortnite 'Butterfly' event.

The in-game files appear to show the Fortnite cube will break off into three fragments after what's expected to be an explosion.

It's believed that the Fortnite cube will then spawn a butterfly and a brand new point of interest on the Battle Royale map, according to other leaked files.

MMOAH is a well-reputed company which has been stepping into the in-game currency transactions industry for more than 8 years. Recently, MMOAH has implemented a whole upgrade of their services, and open up their special line for Fortnite V-bucks stock and delivery as well. Now, for any V-bucks order from MMOAH, it has a so adequate confidence on itself that they announced all Fortnite items trades, including V-bucks, must be completed within 30 minutes once its payment being confirmed, or else a full immediate refund plus compensation bonus. Besides, according to the “legit sites” records, 1000 V-bucks is for 9.99$ with no discounts now. But MMOAH can give you 22% discounts at least compared with their offers, and the website special coupon code and membership discount don’t include!!!

Also, if you need any other Fortnite Items and boosting service, MMOAH has all your various needs met and satisfied. Just by simply clicking the phrases Fortnite V-bucks, Fortnite Items or Fortnite Boosting Services, you can have what you need instantly!
Tags:
next : Old School RuneScape on iOS and Android
Previous : Path Of Exile Announced For PS4, Releasing In December With 3.50 Expansion
Recommended article
Rocket League Season 7 Champion Details: Competitive Teams, Schedule, Round Robin And Prize Pool
What Is New In The Elder Scrolls Online From E3 2019 Eldorado
The Next Plan About Elder Scrolls Online Is Discussed After "Elsweyr" By Lambert
Star Wars: The Old Republic Brings New Fantastic Changes Mainly Aimed To Free-To-Play And Preferred Players
Renault Vitality Defeat G2 To Win Rocket League Season 7 Championship With The Newest Record For Nearly 27 Minutes Wave
The Elder Scrolls Online: Elsweyr Review